Travel to the EU after Brexit: how it would affect my ski holidays?

Since the 31st of January 2020, the United Kingdom is no longer part of the European Union. The new political relationship brings new arrangements for travelling across borders and with it new questions about how everything will work from now on.

Even if we’ve been reading news about the new political situation for the last few years, some people still have questions about what’s happening after Brexit. So far, British tourists in the EU haven’t experienced any important changes to their holiday, such as needing a visa to visit a European country or paying extra charges, as the travelling conditions will remain the same until the end of the current transition period. 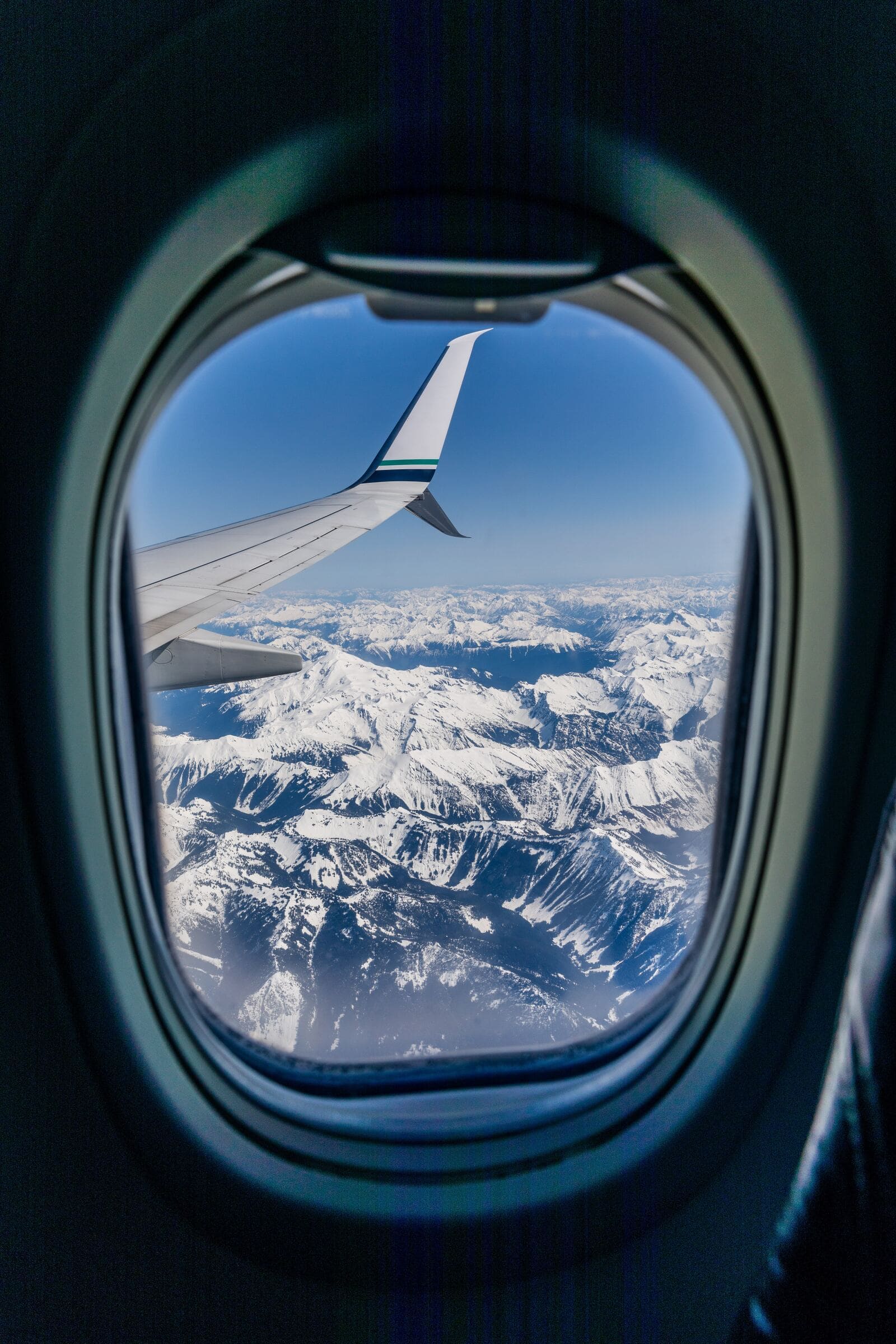 But, what does the transition period involve?

The 31st of January 2020 started the transition period. This means that the UK is no longer part of the European Union, but many agreements decided before this stage will still be effective, especially the ones related to travellers. The transition period will be over by the 1st January of 2021, bringing new rules and agreements that haven’t yet been defined.

Will I need a visa to travel to the EU?

With the UK and the European Union having a new set-up for the borders, the first question that comes to the mind of a British tourist is: will I need a visa to travel to Europe? During the transition period, British citizens won’t need to get a visa if they’re going to stay as a tourist for up to 90 days in the EU, Iceland, Liechtenstein, Norway and Switzerland.

Therefore, after the transition period, British citizens will become “third-country nationals” and it’s likely that they will have to pay for a ‘visa-exempt travel’ if they’re travelling in 2021. Also, the European Union will implement the European Travel Information and Authorization System (Etias) by 2022, a specific programme for non-EU citizens that would like to travel in Europe, including British citizens. The application for Etias will cost 7 Euros.

What will I need to travel after Brexit?

After the transition period, at border control, British citizens may need to show their return ticket and prove that they have enough money for their stay. Also, once at border control, British citizens will have to queue in different lanes from EU, EEA and Swiss citizens. Besides that, when travelling between the UK and the EU, you’ll need to declare cash of £10,000 or more (or the equivalent in another currency).

Do I need a new passport?

After the transition period, you’ll need to renew your British passport if the expiration date is shorter than 6 months or if it is more than 10 years old. If you are travelling after the 1st of January 2021 and you need a new passport to meet this requirement, keep in mind that renewing your passport usually takes 3 weeks.

How long can I stay in the EU?

British citizens will be able to stay as a tourist for up to 90 days in any 180 days in an EU country, Iceland, Liechtenstein, Norway and Switzerland.

Can I drive in the EU with my British driving license?

Driving in Europe will be the same for citizens with a British driving license until 2021. After the transition period, citizens with a British driving license may need to purchase an International Driving Permit (IDP) 1968 or 1949, it will depend on which country they are going to and how long are they staying. Therefore, it’s recommended to check the regulation of the country you’re visiting for your holiday.

If you’re travelling in the EU with your car, you might also need a ‘green card’ or valid proof of insurance and a GB sticker.

Of course, there are other issues with driving to ski resorts yourself and this is where a quality ski transfer operator can come in handy.

How will Brexit affect travel insurance?

Until the end of the year, citizens with the European Health Insurance Card (Ehic) are entitled to have healthcare in any EEA member state as well as Norway, Iceland, Lichtenstein and Switzerland.

What will happen to roaming charges after Brexit?

The guarantee of free-roaming for British mobile in EU countries will disappear after the 1st of January 2021. We recommend you check the new terms with your phone operator to avoid any ghastly bills from getting that perfect photo for the ‘Gram. However, a new law protects you from getting phone charges over £45 without you knowing. 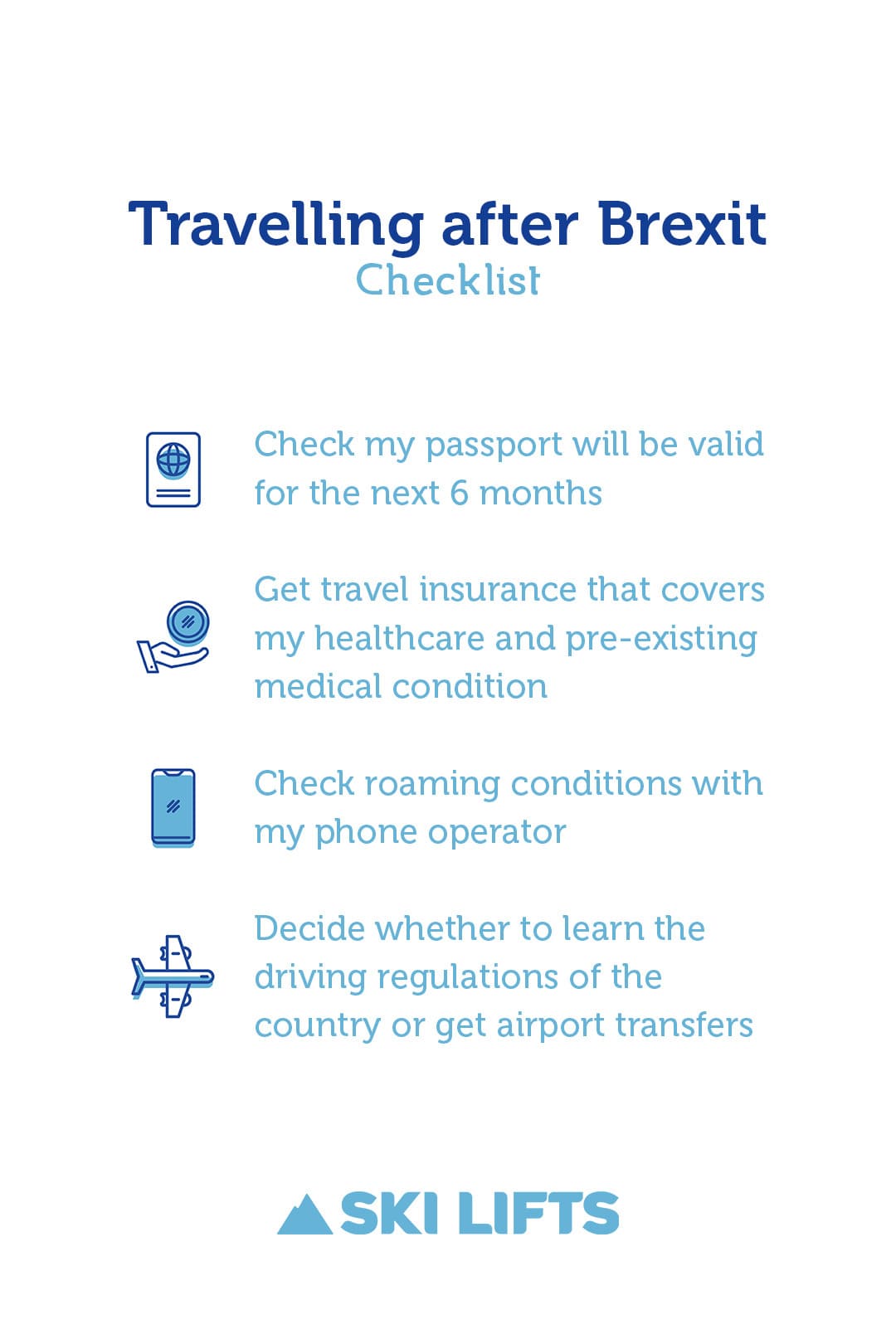 We hope this information has been useful and we’ve solved your questions about travelling after Brexit. In case you need more details, you can find more advice here: https://www.gov.uk/visit-europe-1-january-2021

If you are going on a ski holiday after the 1st of January 2021, we recommend visiting gov.uk to check the latest news about Brexit.