With Easter weekend just around the corner, the ski season is sadly entering its final weeks. Don’t worry though, whether you’re looking for your first ski trip of the year or want to hit the slopes one last time before the season’s out, there are plenty of late-season ski resorts in the Alps. To help you choose which one to head to, here are a few of our favourites: 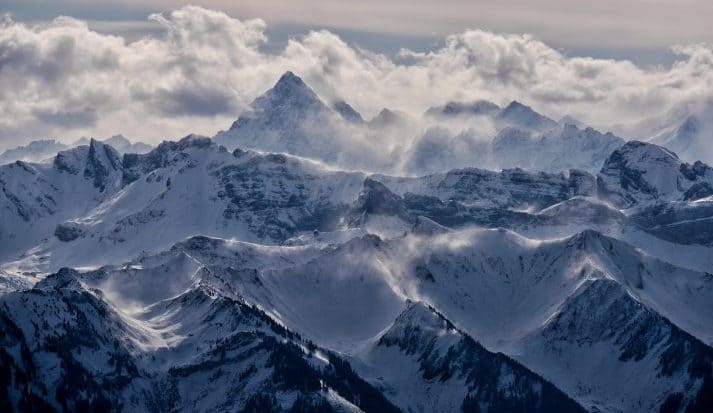 If you want a spring skiing destination that is certain to have snow for your late-season ski trip, Zermatt could be for you. One of Switerzland‘s most famous resorts, Zermatt offers up to 360 kilometres of prepared pistes giving you plenty of space to ride. Easily accessed via Geneva Airport, Zurich Airport or Milan Airport, it’s a great choice for families, intermediates and experts and features extensive off-piste, incredible mountain restaurants and a vibrant car-free town. Home to the highest cable car station in Europe, the resort has snowsure slopes on Gornergrat and Rothorn until mid-April, but the area on the Theodul Glacier is open all year round.

With 70% of the ski resort located above 2000m, Les Arcs, France is perfect for a late-season ski trip. Offering varied slopes both on and off-piste and some incredible woodland runs, its great for ending the winter season on a high. Thanks to its altitude, natural snow coverage is guaranteed until the end of the season with the Paradiski skiing area and Les Arcs/ Peisey-Vallandry ski area closing on 25th April. Paradiski is also fitted with the latest in high-performance artificial snow systems enabling links to be maintained right until closing. 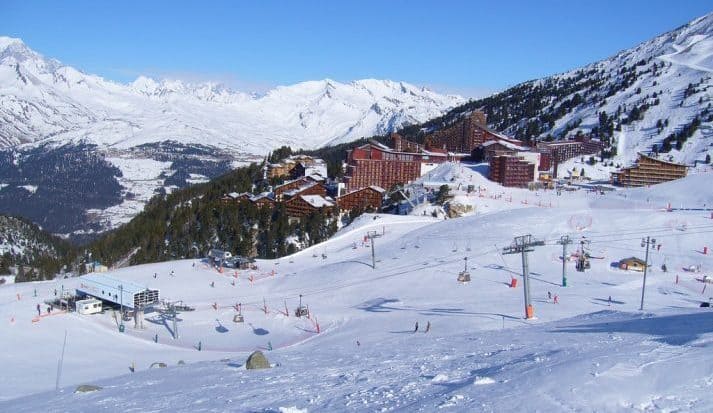 One of the most popular resorts in the Alps, Val d’Isere offers high-quality snowsure slopes until 3rd May. Ideal for families and experts alike, the town is as good as the terrain. With the pistes of Val and Tignes naturally linked, you can spend more time on the slopes than on the lifts. Although snow in Val D’Isere is extremely reliable, snow cover is guaranteed thanks to La Snow Factory, the largest artificial snowmaking facility in Europe. If you find you need even more time, you can even usually ski during June and July on the Pissaillas glacier.

Despite not having a glacier, Ischgl, Austria has one of the longest winter seasons in the Alps. Close to both Innsbruck Airport and Zurich Airport, the resort is known for its amazing snow quality and bold apres-ski. Offering 238km of pistes served by 45 lifts, the slopes are best suited to intermediates that enjoy covering a lot of ground. Closing on 3rd May, the resort’s famous closing party, Top of the Mountain concerts are not to be missed and have even attracted the likes of Elton John, Bon Jovi and Mariah Carey. 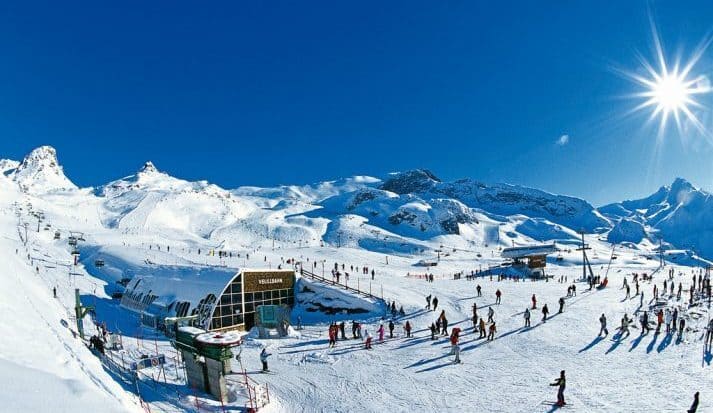 The highest resort in Europe, Val Thorens, France is one of the best Alpine ski resorts for skiing in Spring. The highest resort in the sprawling 600-kilometre Three Valleys ski area, 99% of Val Thorens is situated above 2,000m guaranteeing snow until the end of the winter season on 3rd May. Featuring over 600km of runs, it’s the largest ski area in the world and benefits from the fastest lift systems in France. Suiting everyone from beginners to experts, Val Thorens remains the best place for one last run down the slopes.

We hope these suggestions have given you some inspiration for your late-season ski trip.

Not catching a flight?

If you are travelling to or from an airport or train station, on a private transfer, it is possible for you to select a pick up time, instead of giving a flight time.

To do this, simply enter the time here on the quote generator. On the next page you will have the option to check a box indicating that this time is your chosen pick up time and not a flight or train time.

Please note, that if you are arriving or departing by plane or train, we strongly advise you give us your actual arrival/departure time and allow us to schedule your transfer based on the expected traffic and weather conditions.

If you are travelling on a shared transfer it is unfortunately not possible to specify a pick up time and you must give us flight details. If you are not travelling on a flight, please estimate a flight time and then put in the notes that you are not flying and approximately what time you would like to be at the airport. Normal shared transfer rules for waiting times will apply.

We can provide appropriate child seats free of charge, as long as they are specified at the time of booking.

For children up to 19KG in weight we suggest you select a ‘Baby Seat’.

For children over 19KG in weight select a ‘Booster Seat’.

If you have any doubts, please bring your own seat, since we will not be held accountable for any difference in opinion on this subject.

Failure to request an appropriate child seat at the time of booking, or to bring your own child seat, will mean that we are unable to provide the transfer as booked, as we cannot legally transport the child without the correct seat.

Welcome to the Ski-Lifts blog