Book your transfers from Thonon-les-Baines train station to your chosen ski resort in France, Switzerland, Italy or beyond. 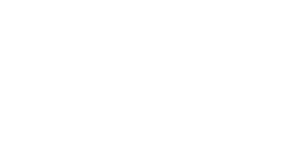 ✔ Relax! We have a team of friendly, vetted drivers waiting for you

✔ Arrive at your ski resort or other Alps destination safely, comfortably

Thonon-les-Baines railway station is a historic, 1800s era railway station originally designed for a small town, to help move cheese and spa water around to the rest of France. Now it’s a busy ski transfer station! The well-maintained train stop helps to serve the town itself; Geneva, Paradiski and all surrounding ski-resorts in France and Switzerland. It is most known for domestic and European ski holiday makers travelling from Paris on the TGV, as well as national and local services from Bellegarde, and beyond Switzerland. And yes, you’d be forgiven for thinking Gare de Thonon-les-Baines was in Switzerland! It’s not – it’s actually in France. Thonon-les-Baines railway station is a mustardy building which sits just below the international border that invisibly slices Lac Leman into two: half for Switzerland, and ‘the Evian half,’ which indeed is French, and is technically, slightly closer to the mountains…

✔ Much cheaper alternative than all local taxis, as we have a vetted team of local drivers who specialise in ski transfers

Ski Lifts train station transfers from Thonon-les-Baines train station to surrounding ski resorts, hiking and ski tour areas in the French, Italian and Swiss Alps are in operation all year round. We also cater for the Alpine summer hiking season for areas such as Les Cornettes de Bis and Vallorcine.

– The most popular transfers are Thonon les Baines train station to Portes du Soleil, Samoens, Chamonix and Verchaix, which all take around an hour.

– Other transfers such as Thonon les Baines train station to Leukerbad, Sierre and Ferden take around 2 hours.

Ski-Lifts offer private transfers to many other ski resorts in France and Italy, from Thonon-les-Baines railway station and beyond. It’s stress-free to travel to your resort by train – relaxing, stress-free, and usually free for kids.  It also means not having to pay for your baggage – and as long as you let us know in advance, it’s also free – no hidden extras – to carry all your bulky ski and extras with Ski-Lifts too. So, get an instant, free quote now using the quote generator and be sure to book early for the best value from Thonon les Baines to your onward Alps destination.

For your return ski transfer to Thonon-les-Baines train station, we send you a text message the day before you are due to depart Thonon-les-Baines, confirming your exact pickup time from the resort. On your home departure day, we come to collect you and aim to get you to the train station around 30 minutes before your train departs.

Our drivers are specialists - and cheaper than taxis.

Yes! Ski-Lifts accept all bookings up to 48 hours prior

Also yes, we do carry your child seats, skis, snowboards for FREE!

Hassle-free cancellations, even for Covid-19.

Free Ski Lifts loyalty points = save on the next booking

Book early to get the biggest choice of transfers

Shared transfer vehicle with other passengers of similar flights & destinations.

One of the most cost effective, efficient ways of getting to the ski resort.

Similar to shared - transfers run on timetables, so you must book a transfer that fits your flight times.

Generally not door-to-door, but cheaper.

All yours. Book a driver and transfer vehicle for your sole use.

Similar to a private transfers - but with a larger vehicle.

Perfect for larger ski and snow groups wanting to travel together.

Like a private transfer vehicle, but with the additional benefit of travelling in pure style.

Get my free transfer quote

How do I book?

If you need any additional info or support, please don't hesitate to Contact Us.

You can also find more transfers information on our How To Book and Frequently Asked Questions pages.