The Best Ski Resorts for Christmas

The festive season is officially upon us. Well, at least in terms of the endless Christmas songs which have been being played on the radio since the 1st December.  While there are some of us who leave everything until the very last minute, there are plenty of people who are a lot more organised (than me) and are planning to head to snowier climates this festive season. If you’re excited to spend the Christmas season in the snowy Alps, but not to sure where is the best ski resort for Christmas, look no further…

Sharing a ski area with Grindelwald, Wengen sits on a sunny shelf and most of its slopes sit above its neighbour, under the north face of the Eiger.  If you purchase a Jungfrau lift pass then you can ski in both resorts, as well as next-door Mürren.  If you’re looking for a truly festive Swiss break, then Wengen will delight you.  The streets will be decorated for Christmas and Christmas Eve. If you want to take in some local culture, join the local Swiss families and attend Midnight Mass, then get together afterwards to share homemade doughnuts and hot chocolate.

Wengen is perfect for families.  The resort is virtually car-free and in the centre, there’s a snow-covered field that serves brilliantly as a nursery slope and a playground.  The main way up the mountain is the cog railway, which gives any progressing children the chance to access the village from Lauterbrunnen down in the valley. 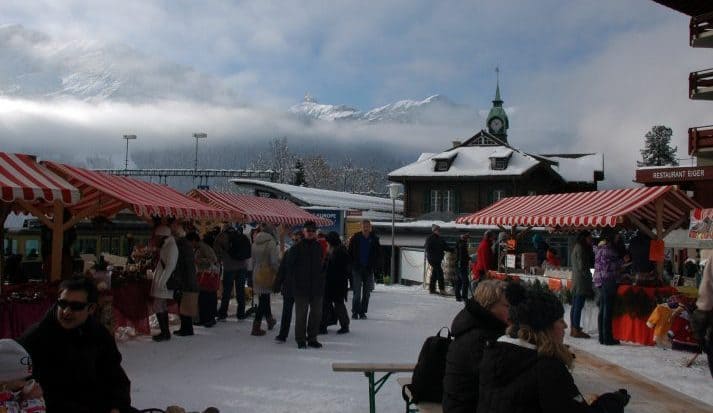 Located at one end of the world’s largest lift-linked ski area, the Three Valleys, by heading to Courchevel you’ll have access to 600km of pistes and over 70 lifts! The snow in Courchevel is usually some of the best in the whole of the Three Valleys, thanks to the local slopes facing north. There’s terrain to suit everyone from beginner to expert, making Courchevel a perfect family getaway for Christmas.

Megève was originally created to give France its very own St Moritz. As the story goes, in 1914 the French set about transforming the original farming village into what it is today, a resort with expensive boutiques, fancy restaurants and hotels all lining the town square and the cobbled streets. It may or may not surprise you that Megève goes as far as having a Swarovski Christmas tree each year.

If you’re looking for a lavish Christmas break, then Megève is the place for you. Altogether there are seven 5-star hotels, one 3-Michelin-star restaurant and four that have 1-Michelin-star.

Many wouldn’t argue that Zermatt is Switzerland’s most famous resort. The world’s most photogenic mountain, the Matterhorn ensures that Zermatt is loved by many and known all around the world. Think horse-drawn sleighs, glowing shop windows and chestnut and glühwein stalls, that’s exactly how Zermatt is at Christmas.

If you’re worried about early-season snow at Christmas, well, you needn’t worry about Zermatt’s snow-sure slopes from late November. Its high-altitude top stations (all the way up to 3,820m), a modern and slick lift system and the fantastic mountain restaurants, ensure Zermatt is a cut above the rest. There are links to Cervinia over the Italian border from here, so you can even pop over for a pizza. 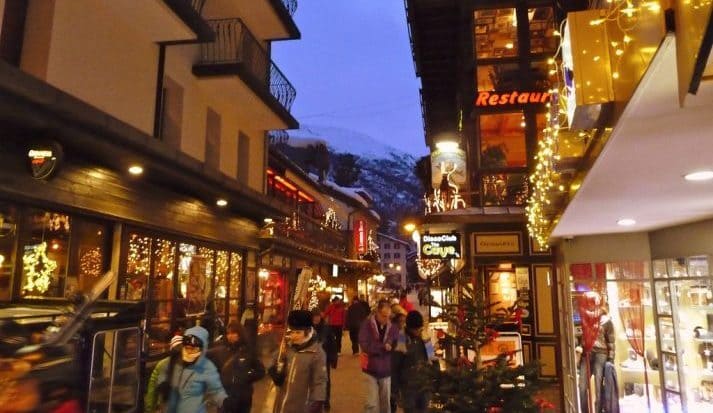 Val Thorens is a purpose built resort and not only is it the highest resort in the huge Three Valleys ski area (that includes Courchevel and Meribel), it is the highest in Europe. The high-altitude of Val Thorens slopes means that this resort is snow-sure from November onwards, so there’s no need to worry about snow cover over the Christmas period.

The terrain around Val Thorens suits everyone from beginner to expert, however, intermediates are those who Val Thorens suits the most.  If you’re up for some long, cruising runs over the Christmas period, then head over to Les Menuires and St Martin de Belleville.

What kind of Christmas ski resort list wouldn’t include the beautiful, picture-perfect Austrian resort, Kitzbuhel? This amazing alpine village is nestled in Tyrol and also, not to mention, it hosts the infamous Hahnenkamm race.

Up until Christmas Eve from the 26th November, you’ll find a festive filled Christmas market with local handicraft stores, fir trees and plenty of konditorei (a cafe selling pastries). Spend your days skiing and enjoying pony rides and a petting zoo. Each evening from 6 pm, the central square is filled with singing from the local choirs.

When you think exclusive, one of the first resorts which should come to mind is Lech. From the Dutch royal family, Princess Diana to the Jordanian royal family, Lech has seen many of the rich and famous. You wouldn’t be blamed for touting Lech as an Austrian Megeve or St Mortiz. However, thankfully, Lech has kept grounded despite its international reputation. The resort sits at an altitude of 1,450m, however, you may be surprised to know that each year Lech receives double the snow of its French neighbours. One thing that makes Lech one of the best Christmas resorts in the Alps is the picturesque Christmas markets, which are in both Lech and neighbouring Zürs throughout December.

Lech has a shared ski area with the neighbouring smaller village of Zürs, it is also connected to Warth‑Schröcken by the newly constructed Auenfeldjet gondola.  The whole ski area of Lech and the neighbouring resorts gives skiers access to 180km of slopes in total.  Intermediates will be happy to know that the terrain is a lot more forgiving than in neighbouring St Anton (which is also covered by the Arlberg lift pass with Lech). 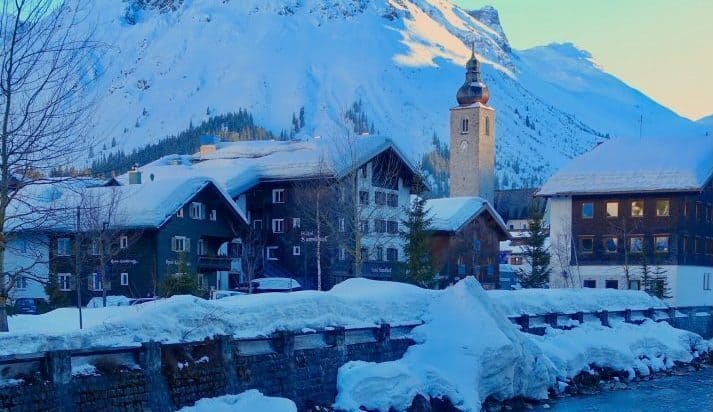