We’re sure you LOVE skiing as much as we do, so why be stuck somewhere with weather like this … 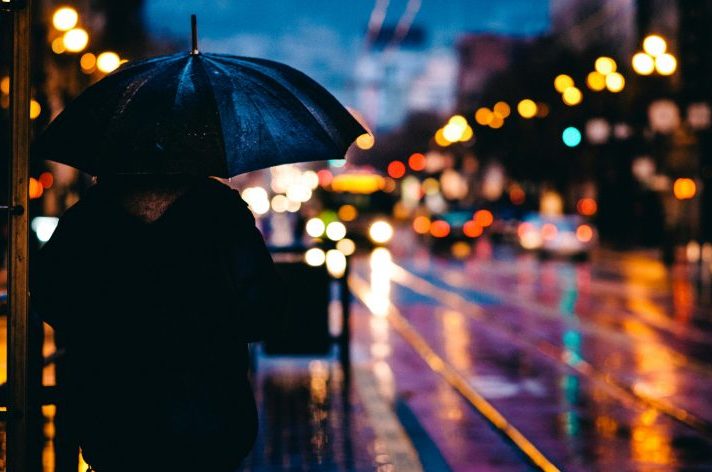 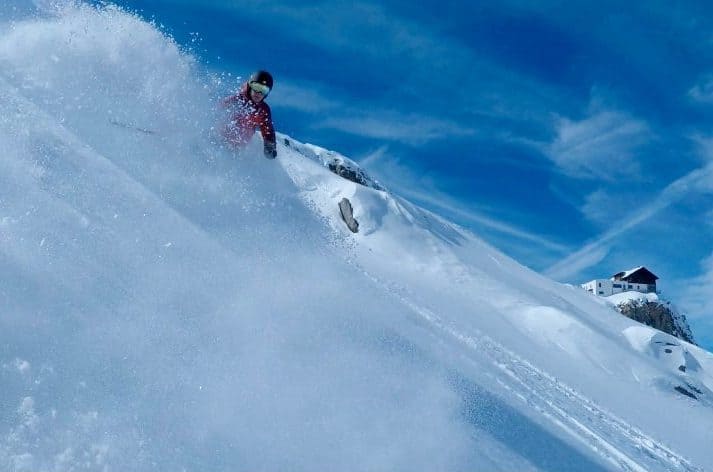 Early season can be a great time to go on a skiing holiday and there’s plenty of great offers around for ski holidays in the run-up to Christmas. No one wants to book a ski holiday when there isn’t going to be promised snowfall, which is why we have put together some of the best ski resorts for guaranteed snow.

If you’re looking to sharpen up your technique, Tignes is the place for you. This French resort is full of English speaking ski schools which are open in November. Having the glacier means there is a long winter season and even a summer season for skiing and snowboarding. With its great snow record and the highest lift standing at 3450m, you are sure to have a great time on the mountain in Tignes.

Val d’Isere has the largest artificial snowmaking plant in the whole of Europe. Le Snow Factory could cover Wembley Stadium to a depth of half a metre in just one hour.  Impressive! Even in ‘bad’ snow years, Val’d’Isere and Tignes remain accessible, meaning the snow conditions are hard to beat.

Situated in north-west Italy in the Alpine resort of Valle d’Aosta, Cervinia is one of the world’s best ski resorts for guaranteed snow. Breuil-Cervinia has a particularly long season and is known for its snow-capped mountains, including the pyramid-shaped Matterhorn.

Cervinia’s glacier allows the resort to stay open throughout the summer, but the winter season starts in October. Cervinia stands at 2,050m, with lifts going up to 3,480m. The joint ski area with Zermatt is the highest in Europe, ensuring snow cover is guaranteed in these resorts between November and early May.

Situated in the Tyrol region of Austria, Solden is the largest ski resort in the Otztal Valley.  There are plenty of bars and clubs at this famous party resort – popular for skiers who like to play hard and ski hard. However, if you are looking for something quieter, don’t worry! Away from the main strip, there are several ski-in ski-out hotels on the edges of town.

With two high-altitude glaciers, 150km of pistes, and a park – the range of skiing and snowboarding on offer cannot be overlooked. We recommend getting up early and making the most of the area. If early starts aren’t for you, there is always night skiing. When it comes to Solden being one of Europe’s best ski resorts for guaranteed snow, it certainly doesn’t disappoint. Solden opens in late November, but the 10 lifts on its two 3,250m glaciers ensure that snow cover also runs through the autumn.

Fun fact: did you know that the hit James Bond film ‘Spectre’ was shot here? After the release of this film, visitor numbers at this resort have shot up. The association with Bond has indeed proved positive for Solden as they try to change their image from an international to a luxury Austrian resort.

Val Thorens is a purpose-built resort in the Belleville Valley situated above the resorts of Les Menuires and St Martin De Belleville.  On a stunning day, the positioning of Val Thorens offers an incredible winter panorama.

Val Thorens is the highest ski town in the Alps and its great altitude guarantees a longer season than many other ski resorts. This means doorstep skiing and snowboarding is possible in the resort from November to May! Val Thorens is also part of the infamous Three Valleys Ski Area in France.  With its great snow record, well-linked lift system and 600km of pistes – the Three Valleys is a must-visit destination for any ski and snowboard enthusiasts.

Summit County, Colorado has a high elevation, making it a popular choice for December skiing. Copper Mountain can cover 331 acres with its snowmaking operation. It also has three distinct sections for different abilities and enjoys a higher base elevation (9,712 feet) than most other resorts in the area.

With a relaxed family-friendly vibe, this purpose-built resort village has three linked areas and the free shuttle bus takes just five minutes to travel between them. Centre Village is the main focal point for bars and restaurants. For those wanting an even bigger selection, the small town of Frisco a six-mile shuttle ride away.

Having opened in 1946, Les Deux Alpes was one of the first French Ski resorts and has grown in popularity throughout the years. Home to Europe’s largest skiable glacier, Les Deux Alpes is perfect for skiers and snowboarders. Les Deux Alpes is split into two areas – the Valley Blanche and Glacier side. Within the resort, there is an extensive ski terrain, modern lift system and a great amount of sun with south-facing slopes.

Home to slopes from 3,570m to 1,650m, you can enjoy early Autumn skiing here. However, the resort is officially open for the winter in December.

When it comes to finding the best ski resorts for guaranteed snow, The Austrian village of Ischgl is certainly worth paying a visit. It has a good snow record and long history dating back over 1,000 years. The ski resort has something for everyone. It is the perfect location for a holiday with a selection of beginner, intermediate and advanced pistes, parks and pipes and night skiing.

Ischgl is known for the energetic après activities it hosts every year, and not to mention its massive mid-mountain concert featuring world-class headline acts. It also includes the charm and sophistication of resorts like Kitzbuhel, and promises nightlife that rivals St Anton. The slopes in Ischgl best suit eager intermediates who enjoy covering as much ground as possible each day. Ischgl is not your typical snow-sure candidate. The village itself has an altitude 1,400m and a maximum height of under 3,000m.

Les Arcs is part of the huge Paradiski ski area and includes many areas such as Bourg-Saint-Maurice, Arc 1600, Arc 1800, Arc 1950 and Arc 2000. Each area is situated at different altitudes all with their own character and atmosphere.

Les Arcs would be a good choice for those wanting to find the best ski resorts with guaranteed snow. The high altitude resort is home to the infamous speed skiing course. It has 425km of pistes, a lift at 3250m, a varied terrain, and a great snow record. These features make Les Arcs the perfect resort for beginners all the way through to experts.

When you purchase a whole area lift pass, you’ll also be able to explore Les Arcs’ sister resort of La Plagne.  La Plagne is home to its very own glacier and a further 225km of pistes.

Lech is a typical Austrian ski resort popular amongst the rich and famous. With chocolate box chalets, snowy mountains, luxury hotels and high-end restaurants – choosing to ski at this resort would definitely would be a good choice.

There is ample skiing for everyone as Lech is accessible to its neighbours St Anton and Zurs (around 276 KM worth of pistes).

Lech has a brilliant snow record, with a 60% snow cannon coverage. This makes the resort earn the title of being one of Europe’s best ski resorts with guaranteed snow. The Lech also offers a fantastic array of off-piste opportunities and is one of the only Austrian resorts to offer heli-skiing. 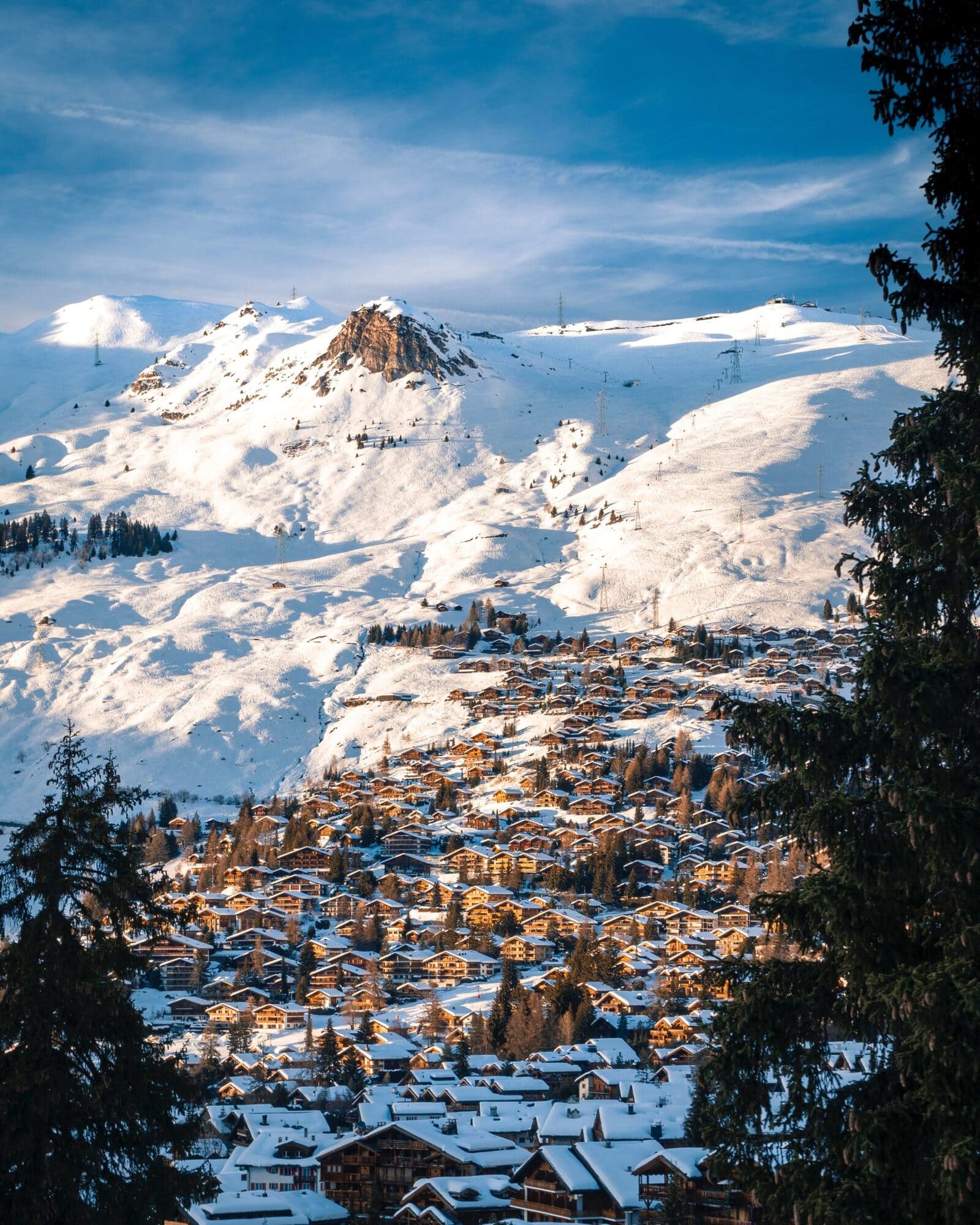 Verbier is one of the Alps’ most famous and best ski resorts for guaranteed snow, attracting celebrities such as The Beckhams and Richard Branson. The resort itself is renowned for its combination of scenic views, exciting terrain, and lively nightlife.

Skiers and snowboarders of all levels will be entertained for as many weeks as they have spare. The exciting terrain on Verbier’s doorstep has given rise to thrilling spectator events, and the Patrouille des Glaciers is a gruelling ski touring race from Zermatt.

Verbier has 80 lifts which access more than 400km of runs and is the main resort in Switzerland’s largest ski area, The 4 Valleys. The altitude of the ski area and its extensive snowmaking means that it is safe to book early season.

If you are headed off to the slopes this winter, make sure that you take note of the above. At Ski Lifts, we offer a variety of airport transfers to thrilling ski resorts around Europe. If you do decide that you want to stay at any of the resorts we have mentioned, be sure to get an instant transfer quote online.

If you have any questions regarding our airport transfers, feel free to get in touch with our team. We’re more than happy to answer any questions you may have.

Alternatively, visit our FAQs page where we have provided answers to many queries we frequently receive.